Miss Inspiration was a psychedelic surreal magical Pirate Ship standing on an ocean of grass. She was forged from the inspiration of Burners in far away deserts and travels the world to bring the Burner Spirit to Spark. On her way, she travelled through the deep ocean, driven by a giant octopus and fish. Full sails rattling in the wind, a gallery to climb on, and a freaking 5 meter high antigravitational performance mast. It allowed performers to either swing through the whole length of the ship, or use the hookup point in 5 meters height for aerial art. She was a true Burners dream. She stood 13 meter long, 3 meter tall at the bridge and about 7 meter at the highest point. 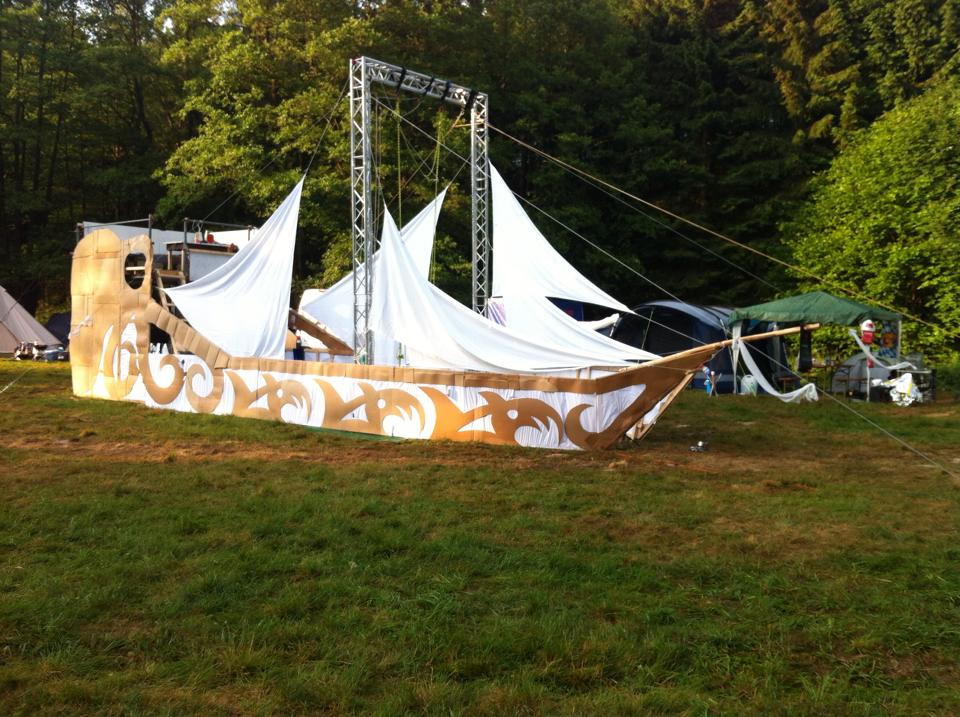 Our vision was: This ship is shipping magic that we received into our hearts in Nevada to our new playa in Kautzen. We want to gift the concept of surreal gigantomanesque crazy art to the participants. Participants are going to be able to do interactive things in the ship, do acrobatics, we are open for DJs doing music, hammocks, chillout, etc. Come on board, we want this place to be the place where you want to be swinging out (on the swing) on this playa. We want to inspire people that it is possible to build large art on a tight budget and we want to see other people be inspired to build bigger and more fucking awesome art. Once someone builds something bigger and better, Miss Inspirations’ Mission is complete and she can travel through the fire to the eternal playa (= in some future year we plan to burn this thing). 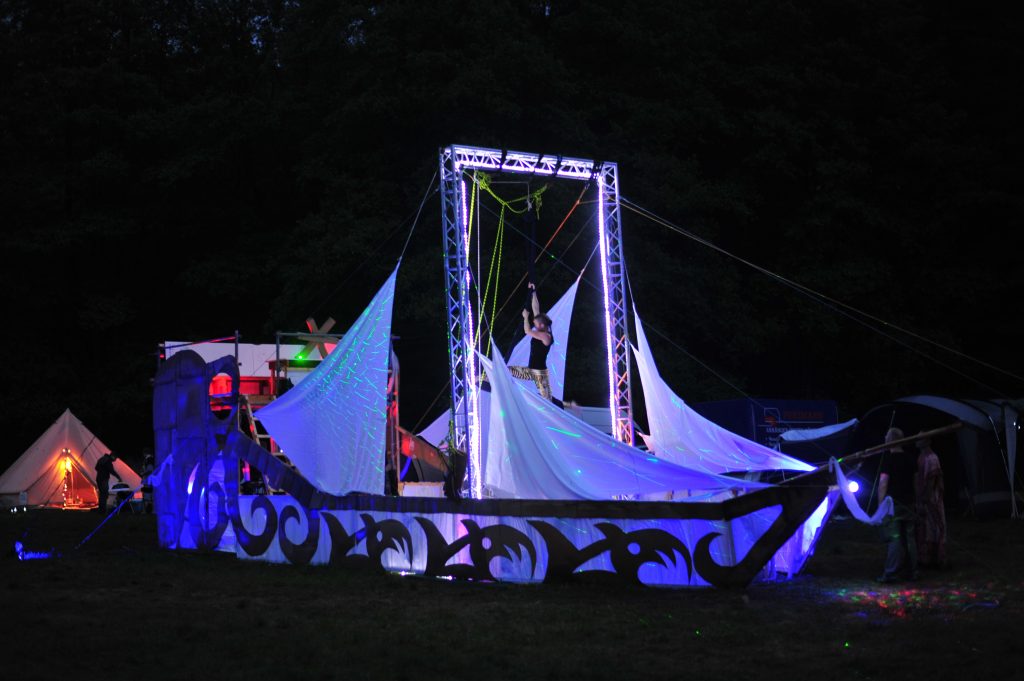 We also have a bar and music and lights, but if you bring your bar, music, and lights, you are highly welcome. You are going to love swinging out on/in/around the ship and watching it at night and day. Come on board, bring your own booze – and bring it in masses.

As the swing is dangerous, it is only for performers, who need to accept and sign liability waiver before performing and will be responsible for own action. 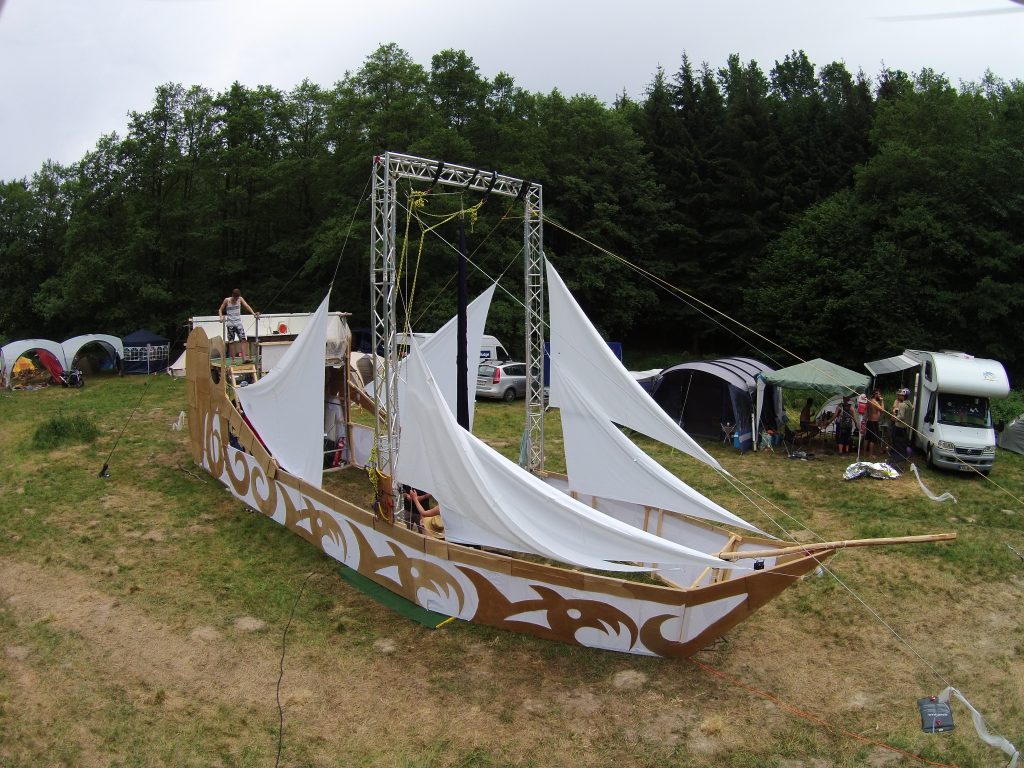 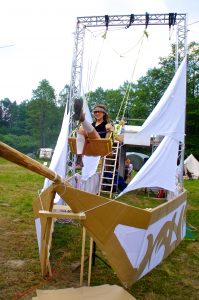 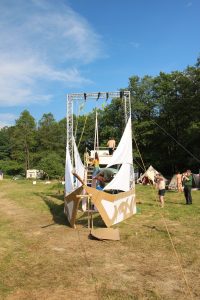 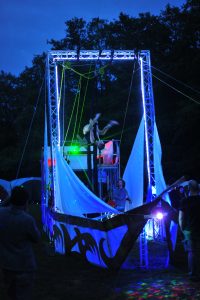 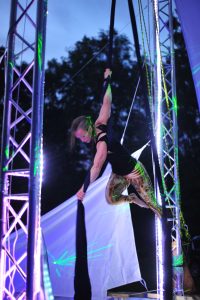 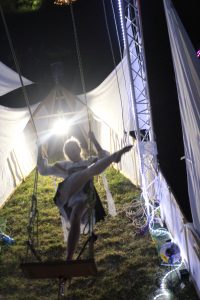 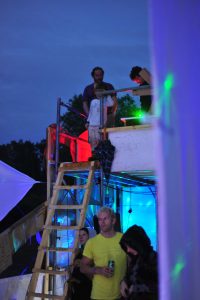 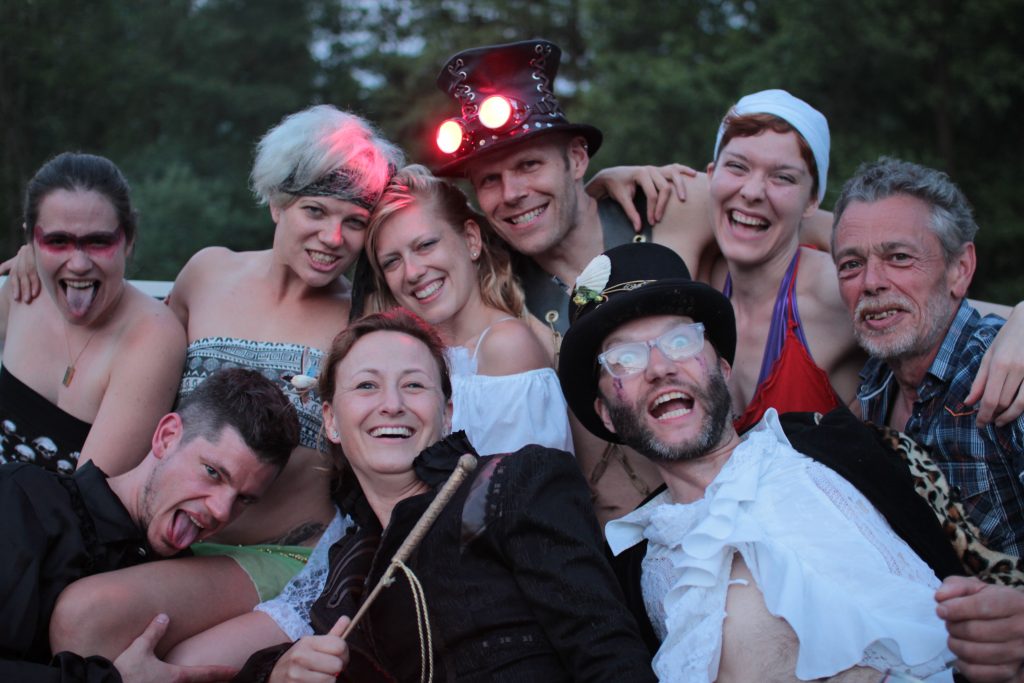 Update: we burned it

The mission of Miss Inspiration was accomplished in 2016. Artists from Seecamp heard the rumour of Burners building a pirate ship at Seedcamp and got inspired to start building their own version during Seedcamp. It stood at about 25 meter length, about 6-8 meters wide (beam) and had a command bridge and safe DJ area under the bridge. It also featured treasure hides and cannons.

The Salon Leobard crew captured this (unattended) ship for Spark 2016 and a staged and well-planned “battle of pirate ships” ended with Miss Inspiration being set on fire, which was the “burn” of 2016 in Austria. This was in the spirit of our mission, to bring the Burning Man spirit to Austria and inspire others to do even greater work. 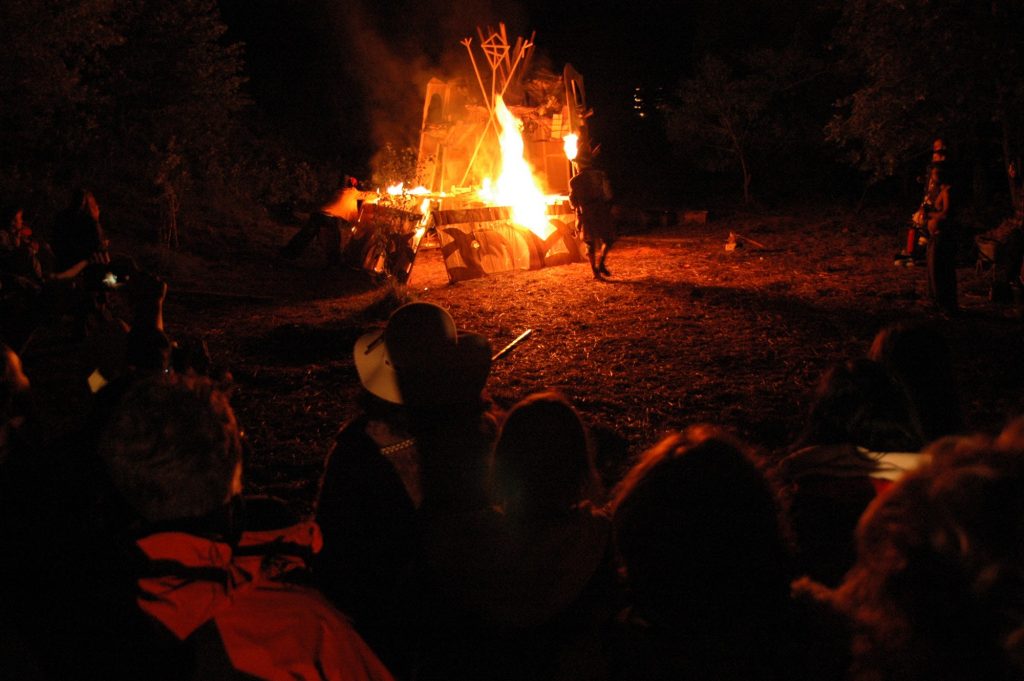 Update: The ship that was build in Seedcamp was removed in late 2016/2017 because of government 🙁